Decision Could Open Door to Resuming Removal of Nonpaying Tenants 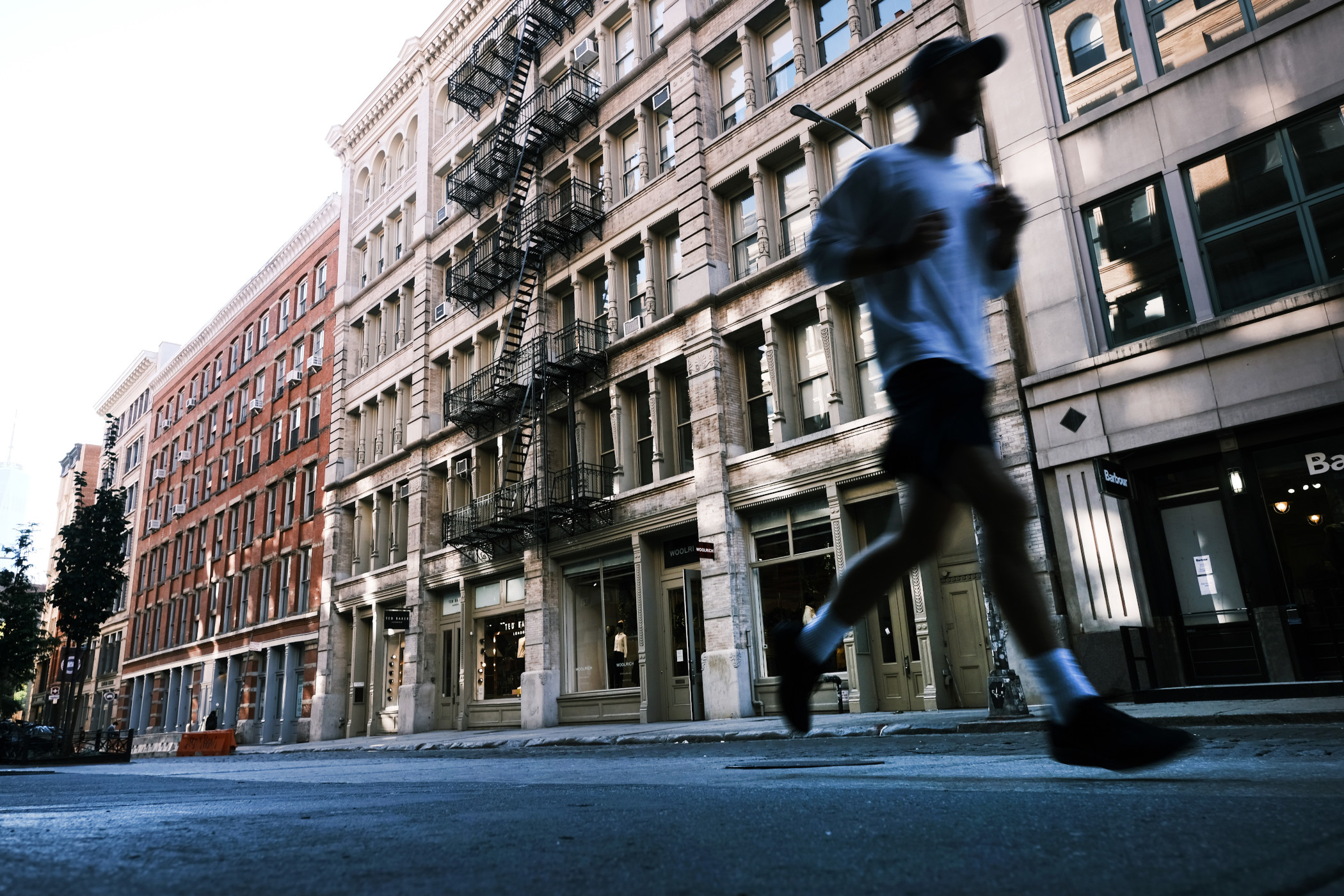 A federal judge’s ruling that the Centers for Disease Control and Prevention's national eviction moratorium is unconstitutional could be the beginning of the end of the federal protections for tenants amid the coronavirus pandemic.

The ruling in a Texas court last week does not include an injunction that would end the temporary prohibition on residential evictions or trigger any change for landlords or tenants, but some speculate it could open the door to allowing building owners to evict tenants again.

“If a judge has declared that a law is unconstitutional, there could absolutely be an immediate effect in that if a landlord really wanted to push it, she could just start kicking people out and see what happens,” Jason Kilborn, a professor of law at the University of Illinois at Chicago’s John Marshall School of Law, told CoStar News in an interview.

The Feb. 25 ruling by U.S. District Court Judge John Barker in the Eastern District of Texas did not challenge states' rights to prohibit evictions but argued that the CDC’s eviction moratorium is an overreach of the federal government's constitutional ability to regulate interstate commerce. The moratorium, which was originally issued under the Trump administration, was extended by the Biden administration through next month.

The decision comes as the national debate over the prohibition has been growing alongside mounting unpaid rent. Advocates say the federal moratorium is critical to protecting financially strapped renters during the pandemic, while critics say it unfairly shifts the economic burden to the landlords who are prevented from replacing nonpaying tenants with paying ones. Others argue it could just be postponing a looming crisis of evictions and foreclosures once the moratorium expires and back rent is due.

Across the nation, renters already owe between $34 billion and $70 billion of back rent, according to estimates from the National Low Income Housing Coalition, a tenant advocacy group. The coalition estimates between 30 million and 40 million renters are at risk of losing their homes when the CDC moratorium expires.

The lawsuit in Texas was brought by a group of landlords including Lauren Terkel, who owns a fourplex multifamily property in Tyler, Texas, according to the legal group Texas Public Policy Foundation, which represented the landlords alongside the Southeastern Legal Foundation. The landlords allege in the lawsuit they each have tenants that are behind on rent for amounts totaling between more than $600 and more than $7,000, but that they are prevented from removing the tenants by the moratorium.

Judge Barker wrote in his decision that “eviction is fundamentally the vindication of the property owner’s possessory interest.”

“Although the COVID-19 pandemic persists, so does the Constitution,” Barker wrote in his decision in Lauren Terkel et al. v. Centers for Disease Control and Prevention et al., which was filed in October.

The CDC did not immediately return a request for comment.

The judge has asked that the CDC "respect" the ruling and withdraw the moratorium. The CDC has not disclosed whether it intends to do so. The ruling has received mixed responses but generally has left some in the housing industry unsure of what exactly happens next.

“He did not issue an injunction, leaving the protections of the moratorium still in place, but the ruling and its effects are deeply concerning,” Diane Yentel, CEO and president of the National Low Income Housing Council, said in a statement. “The ruling could put millions of struggling renters at risk of losing their homes during the pandemic.”

Tenant advocacy groups operating under their state's moratorium have said the decision is narrowly focused on the national order and they plan to continue working as normal.

Nonetheless, representatives of apartment owners nationwide have applauded the ruling as a step in the right direction.

Bob Pinnegar, president and CEO of the landlord group National Apartment Association, said in a statement to CoStar News that the CDC order heightens the risk of renters being displaced and destabilizes the rental housing industry.

"Though well-intended, these policies saddle financially strapped renters with unsurmountable debt and leave housing providers, many of whom are small owners and cannot afford it, stuck with footing the nation’s rental housing bill," Pinnegar said.

The decision highlights the vulnerabilities of open-ended eviction moratoriums and “jeopardize the stability of housing providers and the broader housing market,” Colin P. Dunn, vice president of public affairs and communications for the landlord advocacy group National Multifamily Housing Council, said in a statement to CoStar News.

We "continue to call for an end to open-ended eviction moratoria across the country as we believe they fail in their purpose of addressing renters’ underlying financial distress,” Dunn said in the statement. “We will continue to work with lawmakers to pass real solutions like meaningful rental assistance that will allow apartment residents and housing providers to weather the ongoing crisis.”

In the meantime, the ruling's immediate impact could be as simple as landlords testing the boundaries of the ruling’s protection.

And if a landlord’s ability to evict someone is questioned, her response “is immediately going to be, ‘Well, this law that you claim I violated has been ruled unconstitutional,’” Kilborn said.